Description:
360 Visibility is a Tier 1 Direct CSP Partner and Microsoft Gold Partner for Microsoft Dynamics 365 Business Central, Dynamics 365 Sales, Dynamics NAV, Dynamics GP, Microsoft Azure Cloud Platform & Cloud Productivity, an Office 365 Preferred Partner, and the winner of multiple Microsoft Awards.
As one of the only Tier 1 Microsoft Cloud Partners that specialize in all three Microsoft solutions, Dynamics ERP, Azure Cloud, and Office 365, we can offer your business a complete 360 solution that is integrated, flexible, and cost-effective. We help businesses See Clearly and Act Faster with smarter applications and infrastructure in the cloud. At 360 Visibility, we leverage the Microsoft Cloud Platform to build the best possible cloud experience for your business.

After completing a comprehensive screening process among thousands of MSPs, 360 Visibility was pre-selected and ultimately named to Cloudtango’s MSP50 Canada list for 2020. 360 Visibility’s track record of successfully delivering premium Managed IT services, and their willingness to put service at the heart of their offerings, helped 360 Visibility to stand out from the crowd and become one of the winners of this year's award. [Read more]

360 provided us with solid expertise all the way from initial analysis, through implementation, to ongoing service. We avoided all the finger-pointing, wasted time, and wasted money that can come from using multiple firms.

The reason we chose 360 Visibility is because they are a Microsoft partner and offer top-of-the-line products such as Microsoft Dynamics GP – which is what we were looking to implement. 360 Visibility has a long standing business reputation and is very professional, prompt and competent.

360 brought a strong, pro-active approach to customer service and support to the table, ensuring a smooth implementation and quick resolution of any issues that arose.

We valued 360’s honest, straightforward advice, and their experienced judgement. With their help we were able to choose a system that perfectly matched our requirements. When all was said and done, 360 Visibility delivered rock-solid reliability! 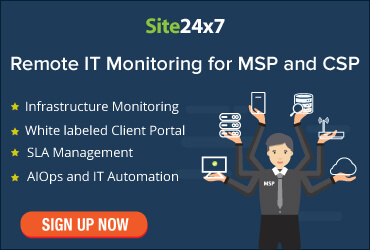 View Map of MSPs near Toronto

Are you from 360 Visibility? Edit your profile | Collect your tango widget | Upgrade to tangoPlus
Managed Service Providers near Toronto