Description:
Founded in 2002, PicNet has been a leading provider of IT services and solutions to Australian businesses.
PicNet helps organisations use technology to increase productivity, reduce costs, minimise risks and grow strategically. 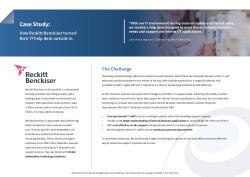 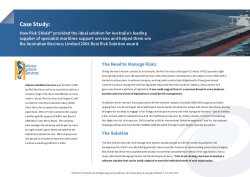 Taking the most mature contract as an example, the Port Services and Support Contract ([…]

After completing a comprehensive screening process among thousands of MSPs, PicNet was pre-selected and ultimately named to Cloudtango’s MSP50 Australia list for 2020. PicNet’s track record of successfully delivering premium Managed IT services, and their willingness to put service at the heart of their offerings, helped PicNet to stand out from the crowd and become one of the winners of this year's award. [Read more]

The quality of the people provided and the fact that PicNet rotates engineers between customers, have given FMA greater capabilities and depth of support.

PicNet has already become part of the team, delivering the revolutionary change we needed to take our business to the next level.

PicNet has successfully managed our IT infrastructure for the last four years and has always provided superior service, people and skills. This rewarding partnership has allowed us to focus on our core business whilst PicNet has taken care of the IT issues including infrastructure management, software development and other major IT projects.

I’d worked with the consultants at PicNet before and I knew that if I could immerse them in our business and then harness their technical expertise– there’d be benefits all round. It was definitely the quality of the people that set PicNet apart.

Rather than simply sticking to the job sheet, PicNet’s technicians were able to adapt to and overcome any problems that occurred.
They take ownership of the situation and hold themselves accountable for making sure there’s a good outcome at the end of the day. PicNet is large enough that they’ve got technical expertise and can deliver projects of this size, but they’re flexible and small enough that the people on the ground still care about the result.

PicNet’s design team was highly communicative and took a collaborative approach to development. They were forthcoming with their views, and we are very happy with the end result. The new system has led to improvements in productivity, staff engagement and our ability to respond to customers’ problems. More importantly, it has moved us to a future-state platform.

First Focus has been very easy to deal with. Their no fuss approach has made getting IT support simple and straightforward. Read More

View Map of MSPs near Sydney

Are you from PicNet? Edit your profile | Collect your tango widget | Upgrade to tangoPlus
Managed Service Providers near Sydney